Let’s Planeswalk to the Lunar Module 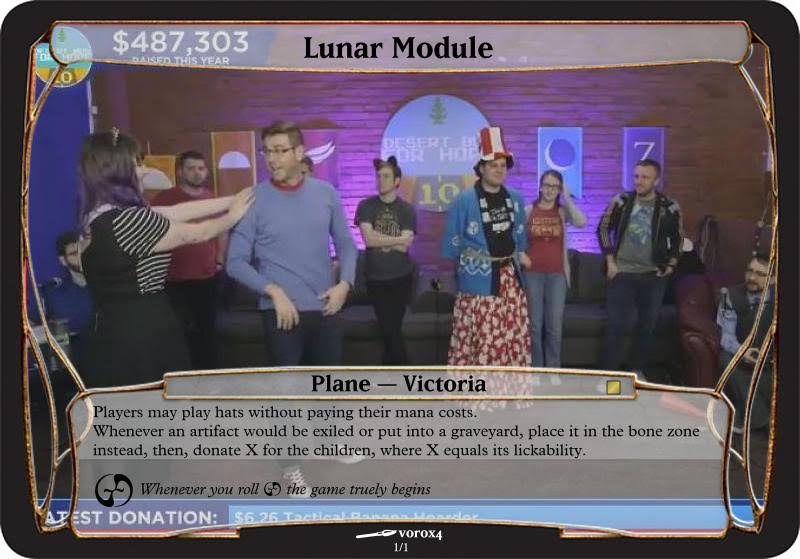 A massive congratulations to our winner, Vorox4! Enjoy the rest of our competitors below the break!

END_OF_DOCUMENT_TOKEN_TO_BE_REPLACED 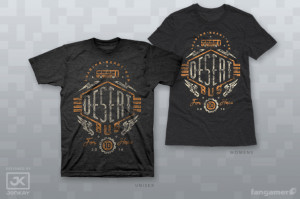 Paul is doing a second art challenge and we’re going a bit more Magic in theme. The winner of this challenge will receive a Desert Bus for Hope 10 Fangamer T-Shirt!

Planechase is a supplementary Magic: The Gathering product that alters how a multiplayer game is played. There is a deck on the table that has specific “planes” that alter the state of the game and are locations from the lore of MtG.

Paul would like you to create a Planechase card of our Lunar Module! The card must include both the art and the effects that this plane would have!

Please send your entries to [email protected] with the subject line “Planechase” and a display name you’re okay with us using publicly. Please also send images in either .jpg or .png format!

C’est la vie, c’est la BUS. You all delivered some amazing re-writes of C’est Moi from Camelot. Over 50 entries were submitted and it was tough to narrow it down. However we must!

Congratulations to LadyThimbleTrimmer! Enjoy your Kaladesh playmat (all 6 feet of it)!

Desert Bus (x2)
In far Tucson, I heard your call
Desert Bus (x2)
And here am I, to drive my all.
I know in my soul that you expect a meme,
And so I shall sing this theme.
A driver of the bus should be someone unwinceable,
Perform where a less Canadian heart would fail,
Dance in time to a random tune,
Scatter props throughout the room,
Tell without a winge a cringe-inducing tale.
No matter the pig it will not be unsweetenable
Caffeine and song should be their daily fare,
But where in the world
Is there in the world
A stream so extraordinaire?
Let’s drive! (x2)
We’re sorry to say
We’ll drive that empty bus,
Those mortals who
Nonsense will do,
Let’s drive! (x2)
It’s us
We’re tethered to
This horrible game
And all of the good it’s done,
The road is long
And always the same
Yet I believe that we won.
Let’s drive! (x2)
So ready to give
For the good of kids everywhere,
We gather here for twelve-hour shifts
To auction off crafts
In the boniest of zones
And sit in that nasty chair.
Let’s drive!

Thank you to all of our wonderful submissions, I hope you will all stay with us on this last day of Desert Bus! 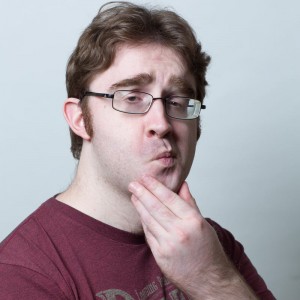 Driving since: 2007
Points: 6
Crashes: 4On vacation in South America, Paul was bitten by a radioactive sloth. He gained the proportional laziness of a sloth but has pledged to use his powers only to help those in need. Upon further investigation, it is possible that the sloth wasn’t actually radioactive, in which case, the laziness was inside him all along!

Her first memory of Desert Bus:
Talking to Penn at Desert Bus 1 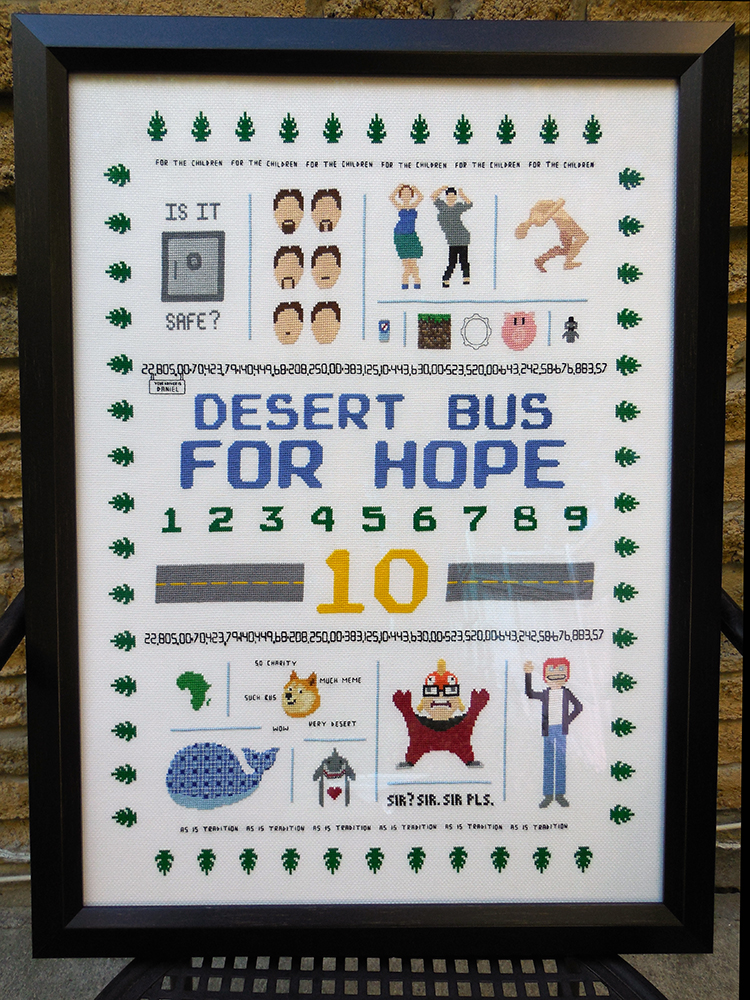 Commemorate ten whole years of Desert Bus madness with this hand-made, cross stitched sampler. Featuring a popular meme from each year of the fundraiser (plus a few extras), now you can be nostalgic for past Desert Buses all year round rather than just in November. The piece also doubles as a handy reference guide: Did Paul really shave his beard all the way back in DB2? What year did the doge overlay happen? How much money did DB4 raise? Now you won’t have to guess anymore!

This piece has been custom framed in conservation masterpiece acrylic, which is lightweight and shatterproof. It has UV protection, reduces reflections, and doesn’t attract dust. From left to right, top to bottom (roughly), the memes are:

DB2: Paul shaves his beard after the DB1 donation total is passed

DB3: Caramelldansen! So much dansen.

DB4: The tradition of “taking people to the store” begins

DB7: The overlay is taken over by doge-speak

DB8: Matt makes a splash in the Bus King Pageant

DB9: Frank the puppet stands in for Bill when he’s unable to attend

This project is a result of roughly 180 hours of work and an enormous amount of love. Special thanks to the Video Strike Team, Andrew Ferguson, and the people who run the Desert Bus wiki for their fantastic documentation and archives, and to Featherweight for designing Bus King Matt and for his feedback.

About the Artist:
Sarah has been a crafter since her early teens and a geek since she learned how to read, so it was only a matter of time till she found a way to combine the two. She mostly works with embroidery, but has also learned crochet (inspired by other people’s amazing Desert Bus donations) and likes to dabble in other crafts. Sarah also works as an editor, where she gets to be a geek about the English language. This is her seventh year contributing to the craft-along and her ninth watching Desert Bus. 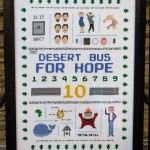 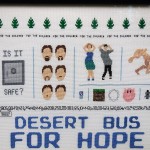 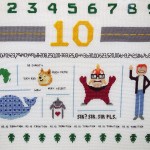 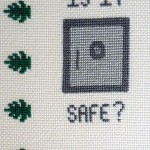 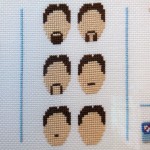 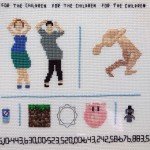 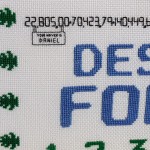 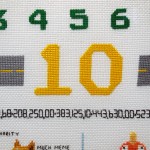 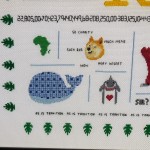 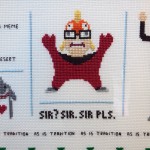 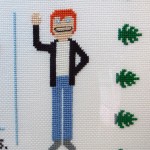 During Paul’s shift, we challenged the community to create artwork of Paul’s Pathfinder character, Oknarok. Here’s the winning submission, from Xeno_Striker: 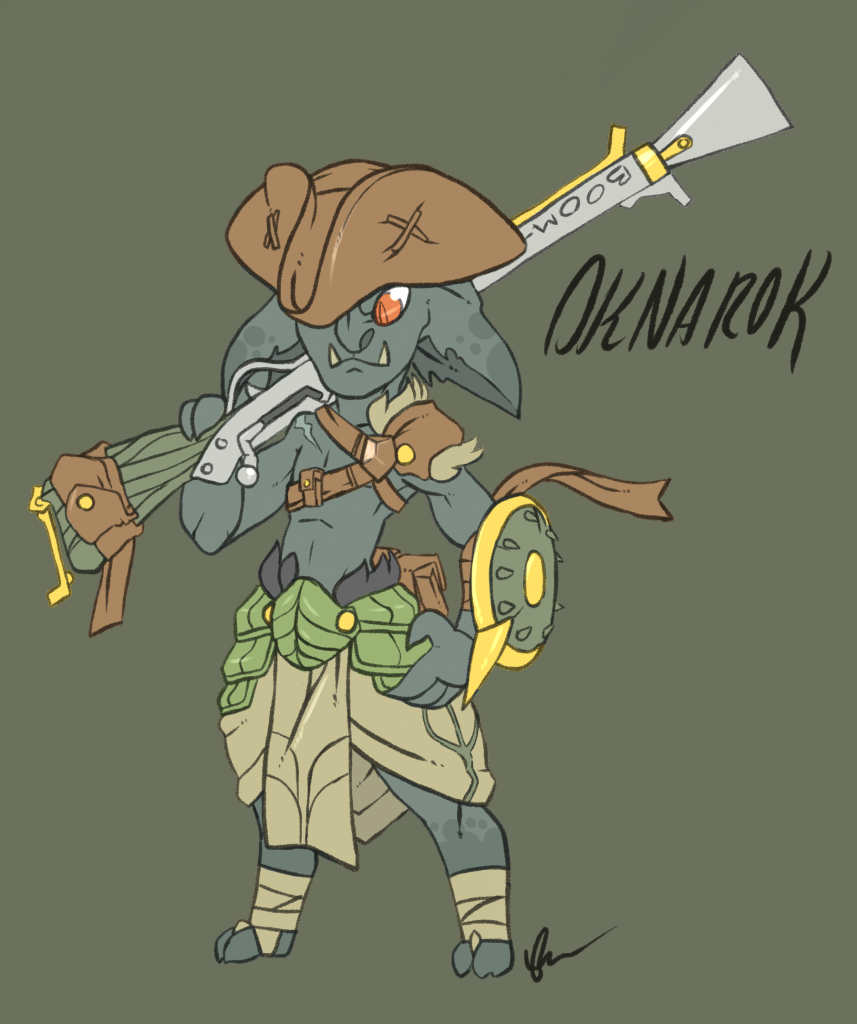 And, here’s some of our honorable mentions… 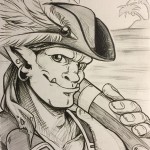 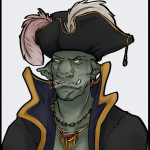 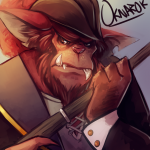 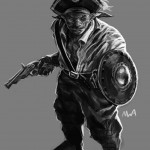 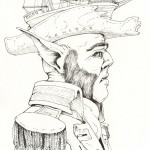 Check out the rest of the community’s submissions after the jump.

END_OF_DOCUMENT_TOKEN_TO_BE_REPLACED

This, is where I would have a photo for inspiration for an art challenge. However the photo is what you NEED TO CREATE.

Paul would like his character, Oknarok from his Pathfinder game, to be immortalized in art by all of you. The reason for this is twofold, Paul wants a a portrait of his character aaaaaand wants the free hero point he’ll receive.

Oknarok is a Hobgoblin Pirate, on a crew of Hobgoblin Pirates, where he is the captain of the ship. He is a musket master who carries around a musket that deals massive damage, and is equipped with a buckler on one arm. Of course, he has a fancy pirate hat as well.

Hornswoggling Hobgoblins is the name of the campaign, that link leads you to all the information I have not supplied here.

This challenge will run until 10:00 PM PST, please submit entries to [email protected] with the subject line Oknarok. Please include a public name to be used if you are selected as a winner.

Your prize for this will be The Desert Bus lot! This lot contains a massive list of Desert Bus themed items from our Crafters and Volunteers! Check out the page for a full rundown of what is contained within. 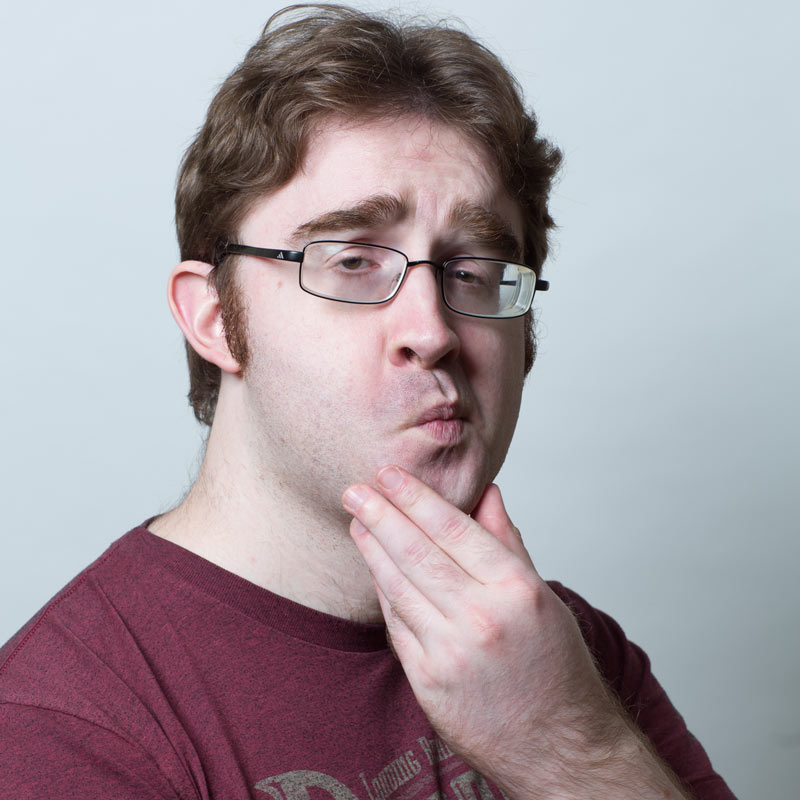 Why “Sparky”?
“I don’t know, you just look like a sparky”

When not at Desert Bus, he can be found:
Sleeping, coding or making silly videos for LoadingReadyRun. Occasionally all three at the same time.

Cross traffic and more with this Donation Drive! 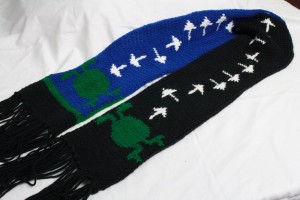 We are running this as a Donation Drive of $8.29 until the end of the Paul and Storm Call-in. There is no time to waste if you want a warm cheat code to crossing traffic!