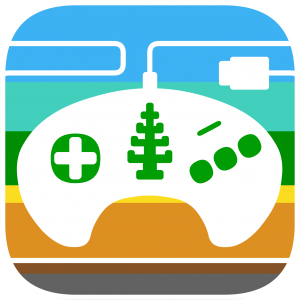 This year during DBX some of our community got together to form the Desert Bus for Hope 10 Game Jam which resulted in 11 new games. If you’re missing Desert Bus a little bit, here’s a chance to experience Desert Bus in a whole new way. Thanks to everyone who shared their creations with us.

Attack of The Zeta Meat by Spluuga
DB Date 100 AB: After returning from New Las Vegas on Mars to Lunar orbit the bus was attacked by the Zeta Meat. The Zeta Meat incident resulted in sentient meat species that took over the earth after humans colonized space.

Bushmup! by Redslash12
Don’t crash the bus while dodging memes!

Desert Bus 10×10 by Famout
A nostalgia trip looking back on ten years of DBfH.

Desert Bus 100 by caxtnova
Move a bus around in a canyon trying to stay upright while dodging alien attacks and collecting candy.

Desert Bus of Hope by MowDownJoe
Rescue survivors and keep hope alive, because your bus lives and runs off of it.

Not Desert Bus by Jonas Mumm
Find your way from Tucson, Arizona to Las Vegas, Nevada. On foot.

Trench by Gee It Some Laldy
Your only goal is to survive as long as possible in impossible conditions.

That is more money than most of us can comprehend and will go towards improving the lives of countless children all over the world.

From the bottom of our hearts, thank you.

It’s time to pull into station

That’s all for us here at Desert Bus for Hope. We have bussed, danced, auctioned, cheered, laughed and BOY HAVE WE CRIED. We did more than we ever thought we could this week. We raised more than any previous Desert Bus. We raised over $690,000.00

We are off to go sleep somewhere. We’ll see you on the other side of the road. Much love from everyone here at Desert Bus for Hope HQ.

Wyrmwood Gaming makes some of the best dang tabletop accessories I have ever seen. These are special edition Temple of the Lava Bears themed pieces that we are doing as a Donation Drive.

Any donations of $5.01 or multiples thereof until 11:00 PM PST will enter you for a chance to win!

This is our LAST donation drive!

Chaining these drives all the way down! 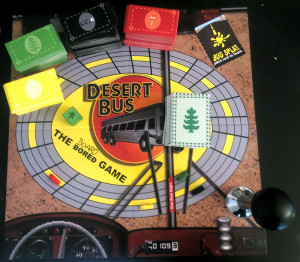 Hey have you ever thought you wanted a PHYSICAL version of Desert Bus?! How about one in the form of a board game?!

This Desert Bus Board Game contains around 1600 pieces and offers 8 hours of entertainment (per person!)

This will be a donation drive where any donations of $5.46 or multiples thereof until 10:15 PM PST will enter you for a chance to win!

Our final live auction of the run is at 10:30 PM PST. This is for the Large Format printing of the official Desert Bus 10 poster that Mike Lunsford has been creating over the run. Tune in! 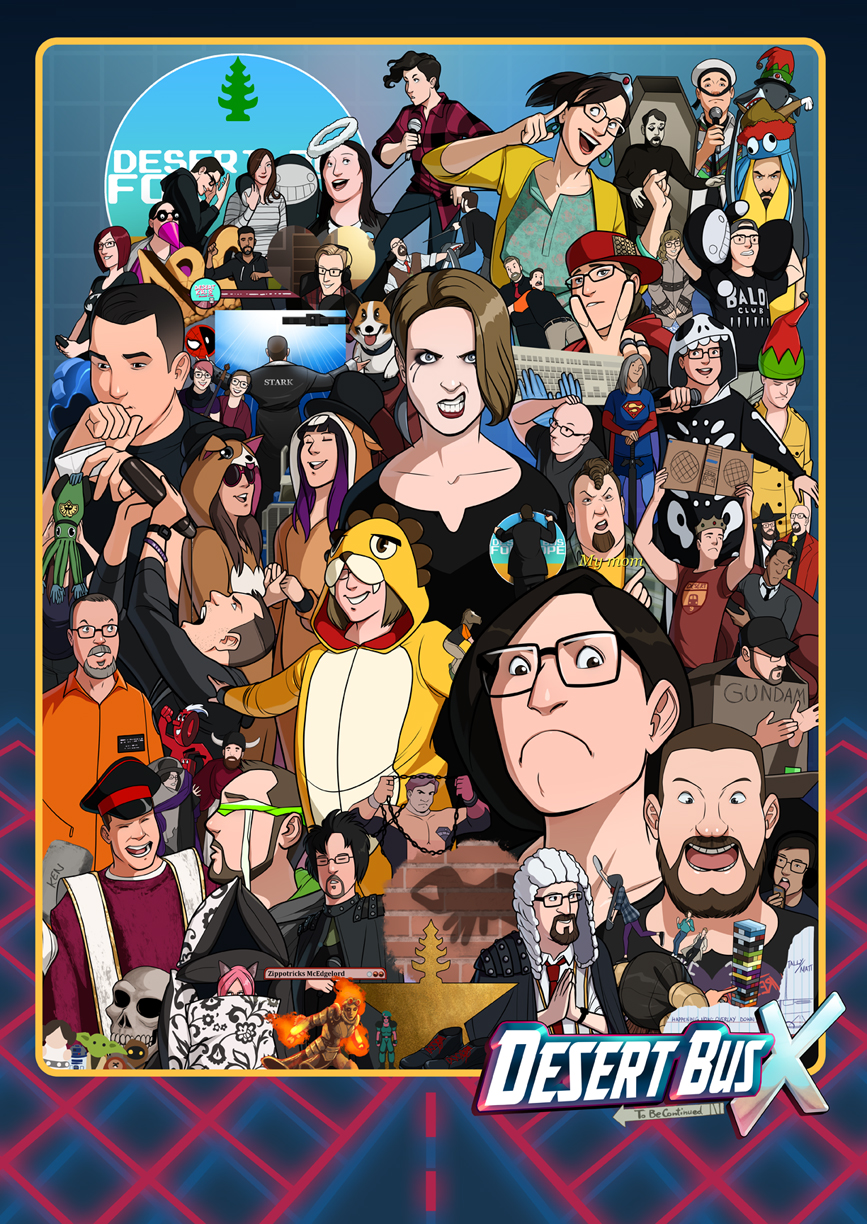 Note that this image does NOT reflect the final poster image. This is not the final version!

$600,000.00 BUSSING DOLLARS! Thank you all for your continued generosity as we bus our way into our final hours. Stay tuned with us, and join us on the late night drive.

We’ve had a mystery box for every other shift, so of course we have to have one for Nightwatch! Any donations of $6.14 or multiples thereof until 9:30 PM PST will enter you for a chance to win this box full of mystery!

What’s in it? Who knows? 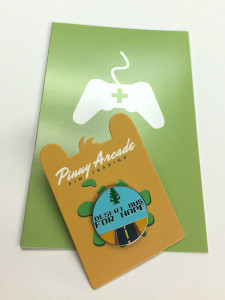 Through the scrounging of Tally we have gotten our hands on an excess of 20 Desert Bus for Hope Pinny Arcade Pins. We will be selecting 20 winners in this Donation Drive! Any donations of $7.07 or multiples thereof until 8:45 PM PST will get you a chance to win the LAST of the Desert Bus pins.