The Desert Bus 6 poster is now live at the LoadingReadyRun Store!

This year’s edition of the annual drawn-as-we-go limited edition poster was produced as the run went on by Michael Lunsford of the amazing Supernormal Step and includes such Desert Bus memories as Morgan’s mouth tentacle, the chocolate fountain, Taka and his Ego, and much, much more! Get it now! Because you won’t be able to later AND it’s supports a good cause.

The greatest Desert Bus poster in the universe is only available until this Sunday night, November 25th at 9:00 PM PST, so get yours now! 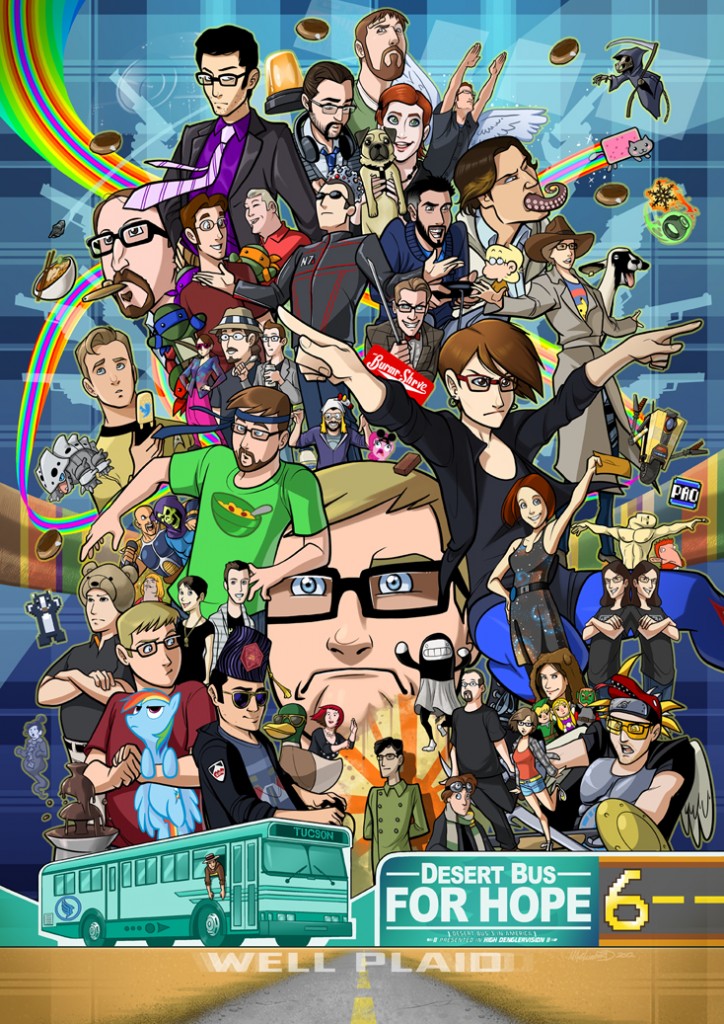 Note: Due to the distribution method for this year’s poster we are unable to sign it.

Please understand that it’s not because we don’t love you.

Once again our viewers have proven that they are the best viewers. You guys are amazing and continue to inspire and mystify us with your never-ending generosity.

If you have a few seconds, we’d love it if you could answer a quick survey for us to help us prepare for *gulp* next year. Click here to take survey

We’re done bussing, but we’re still here. If you’d like to keep in touch with any of our organizers or volunteers, you can find many of them on our team page.

There’s still 23 minutes left in Jer’s “I Want To Play A Game” Giveaway!

Here’s a little something to show how devious we think Jer’s plan is (made by Pika): 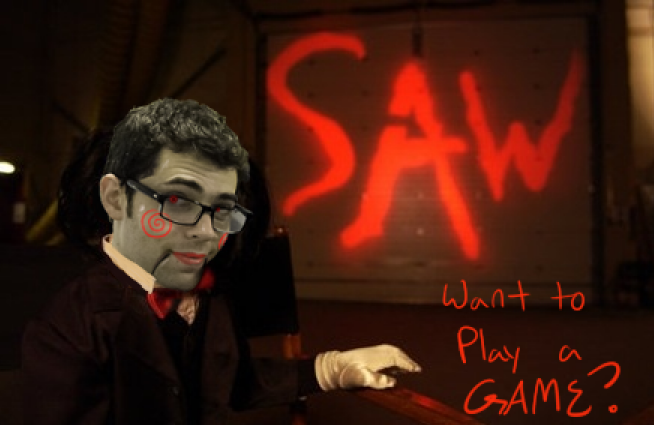 YOU ARE ALL FREAKING AMAZING! 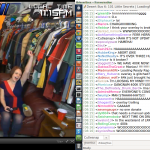 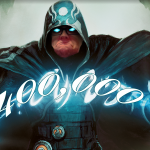 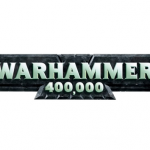 The Length of Desert Bus 6 Scarf is the last announced live auction happening this Desert Bus and it is a truly special item.

Bidding will open in 30 minutes.

Why is it so special? Because the scarf is as long as Desert Bus 6 itself! By the time Desert Bus 6 starts, Ked will have been knitting it for about fifty days, but how long it goes depends entirely on how much money Desert Bus raises this year! What exactly does that mean? Well, when you knit a scarf you stitch back and forth across the short dimension of the scarf in well-defined rows. Ked is knitting two rows for each hour the Desert Bus crew spends driving the bus, PLUS one row for each thousand dollars raised. This formula was chosen to emphasize both the length of the event as well as the amount of money raised. Since the first hours of Desert Bus cost very little money, the first 100 hours of Desert Bus will mean just 212 rows of scarf. At 125 hours, the scarf will be 317 rows. At 144 hours, the approximate length of DB4, the scarf is 531 rows. At DB5 numbers, the scarf is 681 rows.

Just because Ken is not entirely crazy, he’s set a hard cap of 1337 rows. That corresponds with the first hour mark past $1,000,000 raised. Everyone’s donations count towards the length of this scarf, and the amount listed on the website at the end of the bus ride will be the final tally used to determine the scarf’s ultimate length.

The scarf itself is a long, long, looooong asphalt roadway with slightly rough shoulders and monotonously regular center stripes. Breaking up the boredom will be hashmarks and lettering denoting the length of previous Desert Buses. At the ends of the scarf are third-color headers showing which end it starts at and the final dollars raised by DB6.

Check out pictures and progress via @lengthofdbscarf on Twitter.

The Length of DB scarf is made from three colors of SMC Select brand “Silk Wool”, a slighly bulky worsted-weight braided yarn made from 67% “new” wool, 27% silk, and 9% polyamide. It definitely feels like wool, but has a softer, smoother hand than a plain wool yarn. The scarf is about 4.25″ wide. Only the future knows how long it is, though if you want to do some math five rows makes almost exactly one inch. It is double knit, making it relatively thick but not uncomfortably so.

Ked says he knits to relax, and finds it’s a great manual activity to engage in while watching football or cricket, or, in this case, Desert Bus. We’re not sure how relaxing this particular project will be for him, though… more… 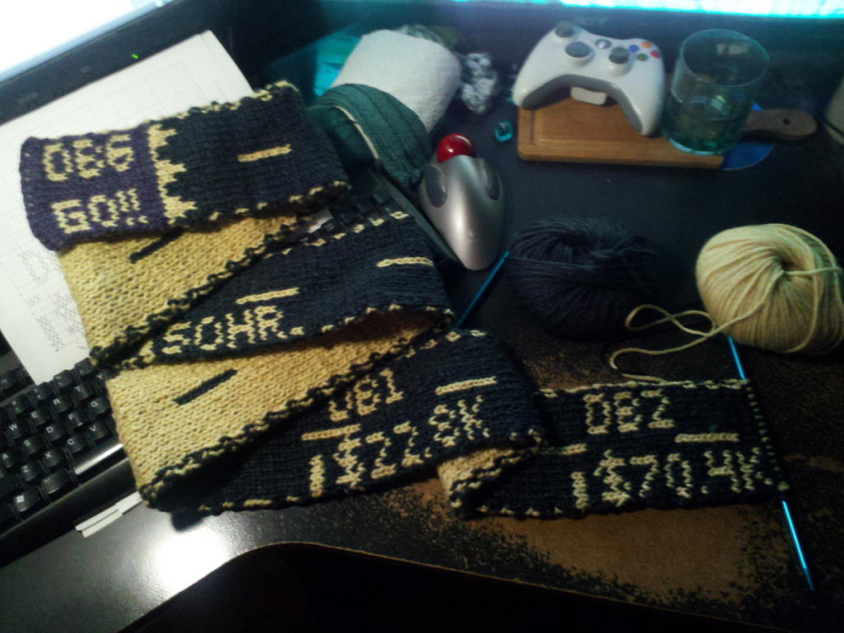 Do you want to win the Portal sign as much as I do? Enough to release a DEADLY NEUROTOXIN into the chat to remove the competition?

When the hour’s up we will decide the winner in the following way:

Think of how insidious this is.

You still have 55 minutes. Let the Test begin… now.

There’s only a few more hours left to donate to Desert Bus and we’ve just met last year’s grand total with six more hours on the clock. This year we’ve made it longer than ever before.  At this moment our total bus ride will be six days, six hours: one hundred and fifty hours. But we’re not done. We can do more.

Help us do more. Help us blow last year out of the water and set a bar for next year that’s going to make us eat these words.

Helps us Bus-Fans! You’re their only hope.

More Fanart and Other Luvs!

Here’s one more dump of stuff that you all lovingly send into us! Take a gander and enjoy some of the weird, wonderful, often-preposterous things that came from the depths of your minds! 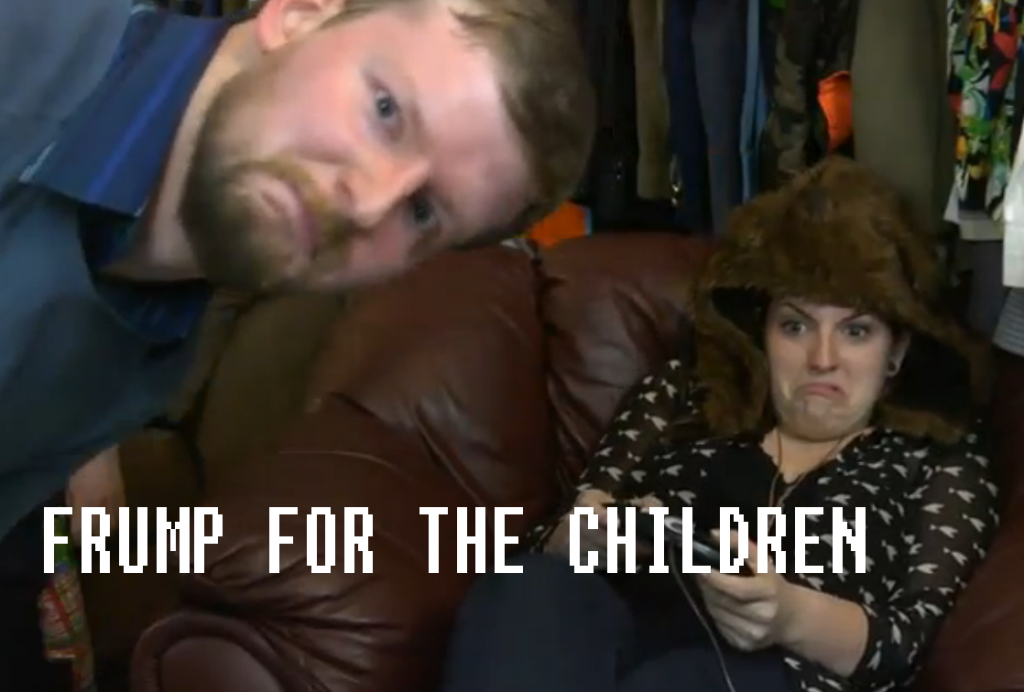 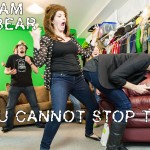 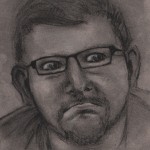 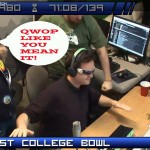 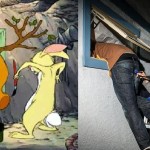 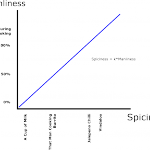 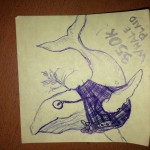 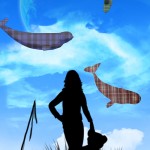 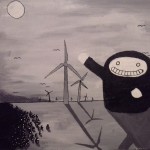 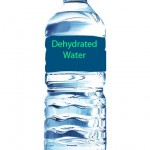 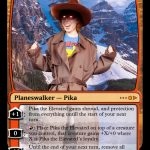 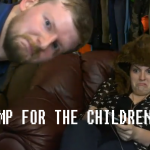 A bus hurtles into darkness, a splattered verdant Rorschach test on  the window pane.  The driver’s eyes are the stuff of filthy playground sandboxes; clothes stained and days passed due for a wash.  He’s exhausted. Sleep would be a blessing. Would mean crashing. Would mean giving up.The AM radio croons idly beneath the grumbling of the engine as if to itself.

Teeth clench, squeak and groan like Styrofoam on cardboard. The driver’s webbed foot finds angry purchase on the gas pedal. The transmission grinds, shrieks dismay and drowns out the radio. The weary forms filling the bus’s seats stir from inertia’s sudden kick. They rub their eyes clear of debris, smooth down their hair, sit up straight. One asks, “Roscoe?”  A second asks, “What going on?”

The driver sets his bill in a frump of determination. “For…” he quacks.

The engine seizes, sputters, rights itself, and presses on in awkward jerks. The people on the bus understand and the next time the duck speaks it’s with dozens of voices.

A bus hurtles into darkness.

We have a winner!

The idea was for Morgan to pitch an idea to a show like Dragon’s Den and this is what we’re going with:

In these financially stretched times, businesses across America and the western world are searching for innovative methods of improving employee performance and productivity. At Marquis Enterprises we believe firmly that we have found the new, fun way to motivate your staff.
Building on the wildly successful 50 Shades of Grey novels, we have developed a comprehensive and detailed program of S & M team building exercises. A varied range of one, two and three day courses will stretch your workforce in ways they have never been stretched before, and ensure that they can rely on their colleagues through intimate knowledge of their strengths and weaknesses.
A varied schedule of activities and games will lead your employees through to new levels of confidence and self esteem, secure in the knowledge that their workmates understand them – inside and out. All equipment is included in the cost of the course, and complete discretion is guaranteed, as is full hygiene certification.
“A happy team is a team with a safe word”
(At this point you could invite the Dragons to get involved in a sample round of Find The Egg)

We also have nine more runners up after this break: