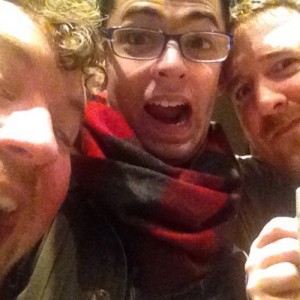 Driving since: 2008
Points: 10
Crashes: 4In childhood, Jer was broken and deceived by the evil entity, ‘Castlevania II’. While it promised him a meeting with the fabled “graveyard duck,” the duck was a lie and he exists today as a shadow of his former self.

His first memory of Desert Bus:
James pitching a “Child’s Play Fundraiser” in a tiny grad student seminar room at UVic a decade ago; Paul brought up that he wanted to do something with Desert Bus, which I thought was a terrible idea. I came up with some other ideas, but Desert Bus had momentum. I’ll cop to being on the wrong side of that argument.