After reading through all of the many, many excellent and creative submissions, Cameron has chosen his winner! Congratulations to Bluebell!

The fundamental problem of the binary
is the Inane thought that one is noiseless in the way we exist.
All sequences of the being lead to complex probabilities.
Probabilities which structure us by means we follow
at a speed not taken into account easily.
But the process can produce a transition in states of being.
Discrete, definite limits fall apart, shift, are mixed up and  broken down.
We left the possibilities and the assumptions given to us
and vanish in entropy, remaining the same never again.
And we see from this the need to be greater than the binary.
We can achieve value by following the noise in our own certainty.
We are they who transform,
and we are change itself.
You have won a Desert Bus for Hope t-shirt and a shiny Desert Bus for Hope d’bloon!
Check out the honorable mentions below: 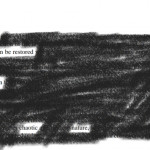 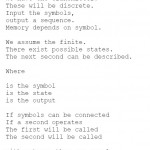 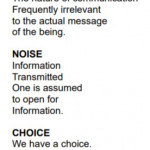 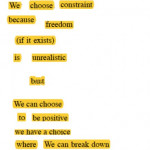 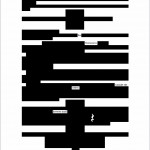 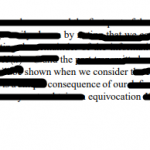 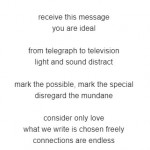 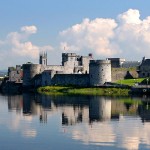 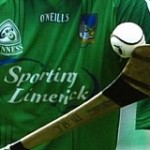 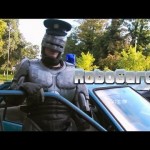 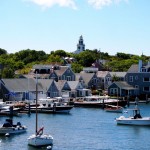 Attention, bards, poets laureate, skalds, and English majors! Kara has a challenge for you! Dust off your moleskin and get ready to hack out some verse, because we’re kicking off a limerick contest!

We’d like you to write us a limerick about (what else?) Desert Bus! Extra points, per Kara’s request, for poems that include encouragement for new Desert Bus drivers!

To enter, submit your best work (ONE ENTRY PER PERSON!) to [email protected]! Make sure to include your screen name in case you win! Our winner will receive a stylish Desert Bus 9 T-shirt, currently modelled by at least three quarters of the current behind-the-camera crew! You have until 1:08pm Pacific time to get your entry in!

During Matt’s shift, we challenged the community to create comedic limericks related to the existential state of limbo. Here’s the winning entry, submitted by Jacob Currie:

After the jump, we’ve included a selection of runner-up entries for your perusal…

END_OF_DOCUMENT_TOKEN_TO_BE_REPLACED

During Andy’s shift, we asked you to submit your Shakespearian sonnets about dinosaurs. Here’s the winning sonnet and runner-up, respectively:

An Ode to Stars & Lovers

When ‘neath the jewel lit sky we lied,
Your reptile eyes bewitching mine,
Running fingers though your spines
I held you close as we both spied.

That across the night, now blazing red.
The wind began to burn and bluster,
Filling hearts with endless dread
And feet as fleet as we could muster.

I ran, my mind in instinct acting
And ducked into a cave to hide
When then I found, my heart redacting
That behind me you had not arrived.

The tears for you were gently falling,
much like the sky did without warning.

Requiem for a Tyrannosaurus Rex

We fight and hunt with tooth and claw,
Primordial battlegrounds we scout and stalk.
The weakest of our kind, the herbivore,
Their fate, unjust, uncouth, they squawk.

Here we stand, so tall, proud and heroic.
Triassic, Jurassic and Cretaceous,
An age of reptiles: Mesozoic!

Imagine we were a park of sorts,
Corralled together by some feckless twit.
Would he see the reckless fate that he courts?
… A flight of fancy. Forget I said it.

We shall live forever, we’ll never die!
Wait… what is that rock falling from the sky?

What would Shakespearian poetry sound like 65 million years ago? Maybe something like “Rawr rawr rawr ra rawr grawr?” We’ve no idea, but for our next challenge, in honor of this handcrafted Monster Hunting mug, we’ll be looking for your creative suggestions for a Shakespearian sonnet about dinosaurs.

(For convenience, here’s an article on iambic pentameter, which is the rhyming scheme commonly used in Shakespearian sonnets. We had to look this up too.) 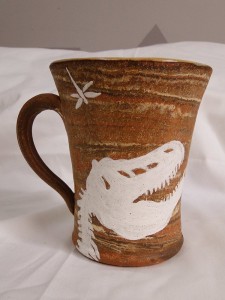 Winner gets this handcrafted Monster Hunting mug that’ll conveniently hold 20 ounces of your favorite delicious beverage of choice. You’ve got until 6:09 AM PST to submit your poetry.

Our Poet of Baked Goods has been found

After over TWO HUNDRED entries, we have found the Haiku that best represents Cookie Clicker to us here at Desert Bus.

A Catastrophe of Dough,

Thank you to everyone who sent us their wonderful Haikus. Stay tuned for more chances to flex your writing chops!

For the next 30 minutes, put on your poetry caps! Beej hates poetry, so make him like it by writing him a limerick, a haiku, an e.e. cummings style typographical masterpiece, or whatever else strikes your fancy. What will you win if you convince him? Why, just his Lenticular Gif! Beej’s gif is, of course, his classic ‘Beej Has Twerk In the Morning’; if you want to own this in physical form for the rest of your days, get to poetry and send your submissions to [email protected]!