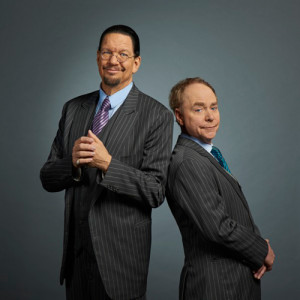 Penn & Teller are world-famous American magicians and entertainers who have performed together since the late 1970s, and are noted for their ongoing act that combines elements of comedy with magic.  More importantly (to us, at least), they are a BIG part of how Desert Bus For Hope came to be. Penn & Teller’s Smoke and Mirrors for the Sega CD contains the Desert Bus mini game, without which Desert Bus literally would not exist!

Penn & Teller are appearing at 7PM PST! Got a question for them? Tweet @DesertBus with the hashtag #DBPandT and we may ask your question on-air! 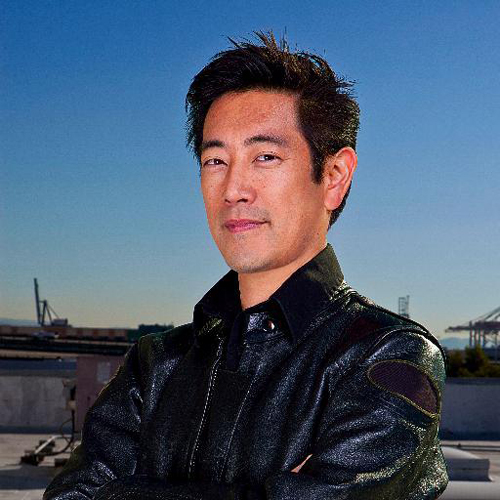 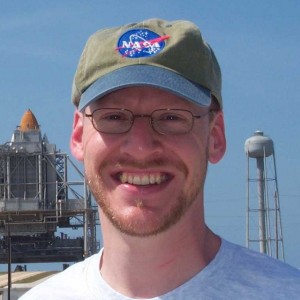 Phil Plait will be calling into Desert Bus at 11am PST on Saturday, November 15th.

Phil Plait, PhD, is an American astronomer and the mind behind the science blog Bad Astronomy. While the blog has an astronomy focus, Phil also writes about skepticism, pseudoscience, and antiscience topics. This blog was hosted by Discover Magazine, near the end of 2012 it changed hosts to Slate Magazine.

He is the author of, “Bad Astronomy: Misconceptions and Misuses Revealed, from Astrology to the Moon Landing “Hoax”“, which covers debunking astronomy-related urban legends, and “Death from the Skies!: These are the Ways the World Will End“, describing ways astronomical events could wipe out all life on Earth.

It was announced in early November that Phil is set to become a host for a new astronomy series on the Crash Course Youtube channel. This series will also be distributed through PBS’s Youtube network and into classrooms through PBS LearningMedia.

There’s also an asteroid named after him.

Have a question for Phil? Leave them in the comments below! Wil Wheaton, actor/writer and occasional LoadingReadyRun special guest, has always shown himself to be a genuinely nice guy, (even if he doesn’t always play one on TV). It’s not then surprising then that the law of Internet civility was given his name (Wheaton’s Law).  With acting credits ranging from Star Trek: The Next Generation, to Big Bang Theory, to Leverage, to The Guild, and writing credits including Just a Geek, Memories of the Future: Volume 1,  and Happiest Days of our Lives, Wil is well known as a Geek Icon.

He’s calling in at 10:00AM, have your questions ready and tune in then! There’s probably not a lot I can write here about Notch that you don’t already know. He made Minecraft. He’s making Scrolls. He founded the Mojang AB game studio. He called into Desert Bus last year. He’s an awesome dude.

If you care to laud his work on Minecraft, or find out what it’s like to have made one of the most successful indie games of recent memory, if not all time, your chance is now!

Host of NPR’s Wait Wait… Don’t Tell Me! Peter Sagal is a playwright, screenwriter, actor, and regular columnist for the New York Times Magazine, and Runner’s World. He’s written for the Chicago Tribune, andHouston Chronicle.  His book, titled ‘The Book of Vice: Very NaughtyThings (and How to Do Them)’ was published in2007.

If you have anyquestions for Peter, leave them in the comments section below, and we’ll pass them along when he calls at 1:00PM.

Ernie Cline is a novellist and screenwriter who you may know best as the writer of the film ‘Fanboys’, released in 2009. In addition to his scriptwriting, Ernie has been named chamion of the Austin Poetry Slam on two seperate occasions and has recently published  a novel by the name of ‘Ready Player One’. Also known as ‘The Bad Astronomer’, Phil Plait is a scientist, skeptic,  author, blogger, and TV personality. He’s served as president of the James Randi Educational Foundation, written two books titled ‘Bad Astronomy’ (debunking abuses of science in general and astronomy in particular) and ‘Death from the Skies’ (detailing the various ways the universe might put an end to our little rock), And Hosted his own Discovery Documentary series called “Phil Plait’s Bad Universe”. He’s been featured in Episodes of Penn & Teller’s Bullshit!, he’s workd on the COBE and Hubble telescopes, and he travells regularly to speak at science and skepticism events around the globe. He is most commonly found dedicating his time to sharing discoveries and clearing up misunderstandings or misrepresentations of science on his Discover Magazine blog Bad Astronomy.

Phil will be calling in at 6:00PM, so make sure to be online, because this is a call that you won’t want to miss! If you have anything you’d like to ask Phil, please don’t hesitate to post it below.

Thanks for linking to us on your blog!!

Chris Cashman is a comedian and voice actor who you may know best as the host of Xbox Live’s former gameshow series 1 vs 100. Chris hosted the series for it’s entire run, from 2009-2010. Today he can be heard as a regular cohost of the Geek Gamer Weekly podcast.

Chris will be calling in at 2:30PM, so tune in and have your questions ready to go!

Webcomic artist and friend of LoadingReadyRun Sam Logan will be calling in at 1:00PM to field your questions, and check in with the Desert Bus crew. In addition to authoring more than 1400 strips throughout his webcomic ‘Sam and Fuzzy’s near ten-year run, Sam also works as thegraphic designer for children’s science magazines YES MAG and KNOW.