Sunday we predicted the outcomes of 13 NFL games and went an astounding 6-for-13!!! Any match can end in a win, loss, or tie, all of which are definitely equally likely. Therefore the odds of guessing 6 of those 13 correctly is just 24 percent! Talk about beating the odds! Also, we were ?% correct in predicting zero ties! 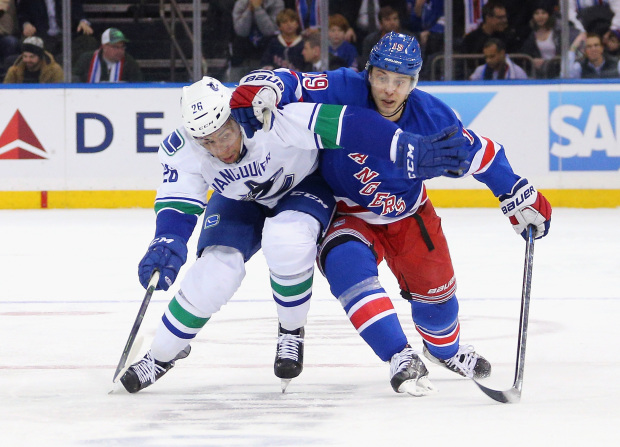 Now we turn our powers of clairvoyance to Canada’s game. By a Matrix-esque turn of numerical coincidence, there are 13 NHL games today, so let’s break down our picks!