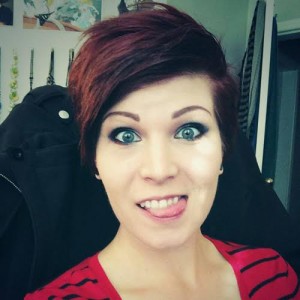 One day a meteor from a far off planet fell into a vat of toxic chemicals that was being blasted by gamma-rays. The chemicals splashed onto a genetically mutated spider from Krypton whose parents had been murdered in an alley and thus, Ash Vickers came to be.

… There was also a giant bear in there somewhere.

Her first memory of Desert Bus:
Graham texted me during DB1 telling me I should come home (I was living at the DB1 location at the time) and hang out on a live camera feed while they played a video game about driving a bus. It sounded boring to me, so I stayed at my friend’s house and played WoW until they were done. 😛 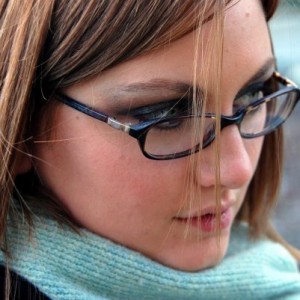 Raised in the wilds of the Sunshine Coast, Ashley was bestowed the ability to perfectly size and weight a package by sight alone. She makes use of this unnatural ability exactly 7 days a year. Kinda a waste if you ask me.

Her first memory of Desert Bus:
Walking into Bill and Morgan’s living room and seeing the camera sitting there with the lens attached with rubber bands.