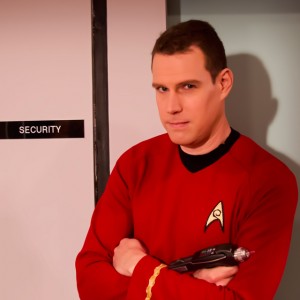 Steven Dengler is a well-known entrepreneur, investor, and geek. He co-founded XE in 1993, and currently serves as its CEO. He acquired the title Honorary King of Desert Bus during DB6.

Steven is also the founder and CEO of Dracogen Inc., which has provided financing to a number of promising gaming, high-tech, and creative ventures. He is also co-founder Wifarer Inc. and the MegaCynics webcomic. Through Dracogen, he has provided financing to a number of influential gaming titles such as Psychonauts, Costume Quest, Stacking, Middle Manager of Justice, DropChord, Project Eternity, Wasteland 2, Torment Tides of Numenera, and Defense Grid 2, and many others.

Steven has supported a wide range of New Media projects, serving as Executive Producer for a number of such productions including The Jeff Lewis Five Minute Comedy Hour, Fallout: Nuka Break, Research, The Silent City, Save the Supers, and My Gimpy Life, and Star Trek Continues. Steven appears in the Veronica Mars Movie, My Gimpy Life, Nuka Break Seasons 1 and 2, and more. He also plays Security Chief Drake in the popular webseries Star Trek Continues.

Have a question for Steve? Leave it in the comments below!

We are happy to welcome back Steve Dengler of Dracogen as a sponsor to Desert Bus!

Besides founding the currency conversion giant XE.com, Steve is a geek amongst geeks, philanthropist, investor, entrepreneur, and a comic strip character in the MegaCynics web comic.

Steve has been supporting and riding the bus with us for a few years now. The previous two years he was responsible for bringing all of Desert Bus to HD for all the internet to enjoy, along with giving items from his own personal collection to help make Desert Bus an even bigger success each year.

Again this year he has given us several items that will help to keep the bus running. Steve you are awesome and we are thankful for the support you’ve shown this year and years past.

Is it Ogre? It’s barely begun!

As we move into the more reasonable hours of the morning it seemed time to get the donations flowing! We’ve got a donation drive for you that is larger than life! 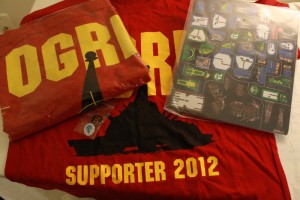 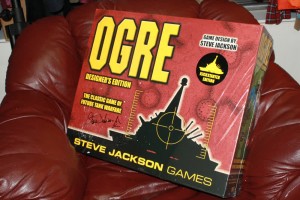 This amazing tactical combat game comes not only with a copy of the Ogre board game SIGNED BY STEVE JACKSON, but also an Ogre T-Shirt, tote bag, and two Ogre Pins. How do you get your entry in for this you ask? Donate $13.37 or multiples thereof in the next 47 minutes (until 9:15 AM PST)!!!