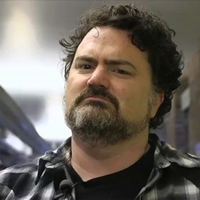 Tim Schafer will be calling into Desert Bus at 9pm PST on Wednesday, November 19th.

His career started at LucasArts in 1989, where he would become known for his work on Secret of Monkey Island, Day of the Tentacle, and Grim Fandango.

Most recently Costume Quest 2 was released, a beta for Massive Chalice was released (for kickstarter backers with the beta access pledge level) and Double Fine is working on a remastered version of Grim Fandango for the PS4 and PS Vita.

Double Fine Productions is located in San Francisco and strives for a commitment of making high-quality games that emphasis on originality, story, characters, and fun.

Have a question for Tim? Leave them in the comments below!