We have concluded our Ogre Prize Pack giveaway with a staggering $3609.90 raised by the donation drive! The winner was Miracleknight, congratulations!

I feel though that we must have a brief moment of silence…for any chance of a positive point/crash ratio. In the duration of the donation drive we had, THREE CRASHES.

This is the moment Beej decided to go mad with power…wish us luck everyone!

The Dao of Desert Bus Daoism instructs us that everything contains its opposite, and in every triumph is a kernel of failure. Thus is it always, as we recently learned here at Desert Bus for Hope.

It began when we auctioned off the Pinny Arcade pin set for a palindromic $5,005 to rkcr, which was not only our highest auction total of this year, but also enabled the Bid for Power achievement by breaking the $5,000 threshold.

But at that very moment came a stern lesson in the oneness of all things as a driver — who we will not mortify by citing here any further than may be necessary — lost control of the vehicle long enough to induce our first crash of DB7, and thus earn the ignoble Don’t Stop Me Now! achievement. (All we will say is: if you lend a car to a friend and they cause an accident, it is your premiums that will suffer, and not theirs.)

Nevertheless, some perspective is in order. At this point last year we had already nine crashes. Let us then recall the words of Laozi:

A good traveler has no fixed plans, and is not intent on arriving.

I think the connection to Desert Bus speaks for itself. 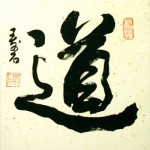