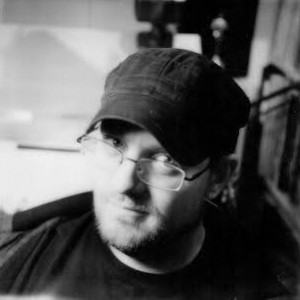 Alex is composed of a lightweight magnesium chassis driven by linear actuators and is protected by 22mm of chobham armor. At least he would be if that design wasn’t scrapped in favour of tin and rubber bands.

His first memory of Desert Bus:
Trying to play along from Toronto during Desert Bus 2. We didn’t score a point. 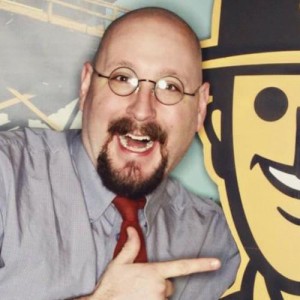 In 2010 Ian stepped onto the Desert Bus and found himself trapped in the bus, driven by an unknown force to change history for the better. Ian continues driving, striving to put right what once went wrong and hoping each time that his next shift will be the drive home.

His first memory of Desert Bus:
Remixing a version of “Re: Your Brains” from source material and Graham performing as Billy Mays.