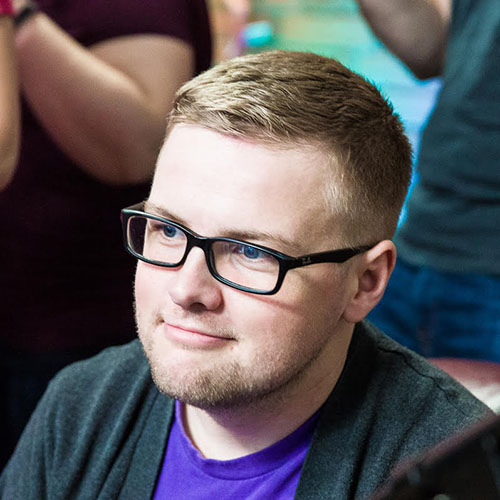 Why “PotsTheDog”?
Pots was a secret character that you could unlock in Jet Grind Radio, a favourite game of mine in my teens. He was a blue Boxer? on rollerblades, who wore 3D glasses. I thought for, like, a year that I had spelled the name wrong, though (I thought it was Potts for some reason) but never bothered to look it up. It is actually Pots.

When not at Desert Bus, he can be found:
There is a roughly equivalent chance that I will be running around Vancouver, or playing Destiny.